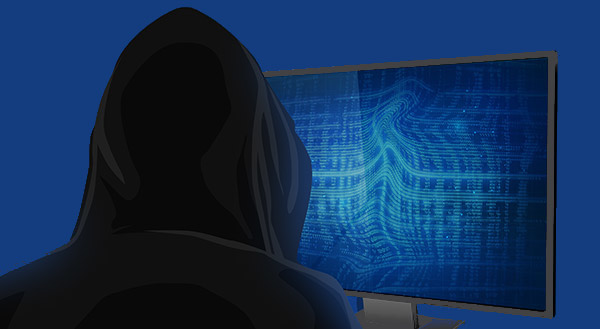 Cyberattacks and data breaches are happening 24/7 all around the world and no one is immune. Your business needs to protect its networks and systems and secure its sensitive and confidential information. But how much do you know about the types of cybercriminal out there. This article discusses the biggest threats and what the bad hackers are after.

Online crime is a lucrative industry. Cybergangs are easily accessible and offer “crime as a service” – they sell their services to anyone who is willing to pay their price!

Their targets are varied and are all over the world. In 2019, one international crime gang stole $100 million from more than 40,000 victims. Culprits were found in a variety of countries including the USA, Germany, Georgia, Bulgaria and Ukraine. They didn’t care about the size of their targets and their victims included small businesses, law firms, international corporations and non profits.

Many of these bad guys may have grown up with technology, but now well-established  “organisations” such as street gangs, Russian crime lords, Italian mafia and many others are turning their attention to cybercrime too.

Still, small businesses can be targeted by cybercrime gangs. You could be the first domino to compromise a larger, more lucrative target or you may be seen as an easy target to prey upon.

One nation pays an individual or group to deliberately target another country. On the cyber battlefield this could mean:

Australia recently announced a “sophisticated state-based cyberattack” on their political and private-sector organisations.

State actors also used cyber techniques to damage Iran’s nuclear program. Their systems were not connected to any external networks and the hackers gained entry via  an infected thumb drive left in the parking lot! An employee found the USB drive and plugged it into the facility computers which in turn infected their computers and network.

Sometimes the attackers are often motivated by nationalism, but this doesn’t mean businesses are safe. A politically motivated cyber actor might target say a hotel hosting an international convention or gain access to a government supplier.

This is usually a disgruntled person sitting along in their house and is the online equivalent of a petty thief. Many make their income stealing money from low-hanging targets.

Some Lone Wolves may only be interested in hacking to prove to themselves or for bragging rights that they can do it while others are more financially motivated and deliberately damage files or networks.

Now that you better understand why your business might be targeted, it’s time to take the necessary steps. Check out our other blog article on 8 Cyber Security Tips To Help Secure Your Business or contact us to help secure your networks.