Its the age old question that I regularly hear – is free antivirus software as good as a paid for solution? 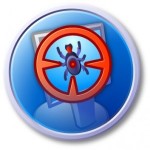 n a perfect world the best way to avoid a computer virus is by using common sense – but that doesn’t always work with even the most careful users finding themselves infected in an instant. This is why antivirus software exists to help us not get infected – but should you choose free or paid antivirus? Here we list some of the differences between the two:

Advertising: Much like a free game making its fortune with advertising and in-app purchases, free antivirus software will push you for payment. Expect popup boxes pestering you to sign up to the paid version. Some free options will also try to change your browser home page and default search engine, an inconvenience you may be stuck with. Paid options are more respectful and largely invisible unless they have detected a problem.

Effectiveness: It is fair to expect your antivirus to detect malware, and testing shows that in a head-to-head battle free and paid are roughly equal at catching known infections. Generally free antivirus needs to have recorded a virus to its library before it can detect it. Paid antivirus is more likely to identify and stop new viruses – they can detect suspicious behavior, source and attributes and are a far more effective method of detection.

Features: Free antivirus is usually a cut down version of a paid version. In a paid version you can expect advanced features like spam filters, firewalls, parental controls and secure web browsing. Some paid antivirus packages also update your other software applications, forming a more secure protection against attack.

Support: Free antivirus options are very popular because they are free! This means there is generally no support available. If there’s a problem or conflict with another program, you may find yourself without protection until it can be resolved. Paid antivirus options usually include telephone suppor and other forms of support, ready to help with problems ranging from installation to system diagnostics.

Ease of use: Free antivirus packages are generally easy to install and use, but are  limited in their flexibility. They come as-is, meaning you can’t pick and choose what it monitors or how it reacts. For example, users occasionally find it necessary to disable ALL protections in order to install a network game. Paid versions are more likely to allow you to adapt the way it runs, switching features on and off as required.

In summary free antivirus software is fine for very basic protection, those on a budget or with an older PC – in these cases, something is always better than nothing. But we generally recommend you go with a paid antivirus solution to defend you from the new attacks that are released daily and to ensure you have solid protection that will make a real difference to your digital safety.

Talk to us about upgrading to the best security options for your needs.