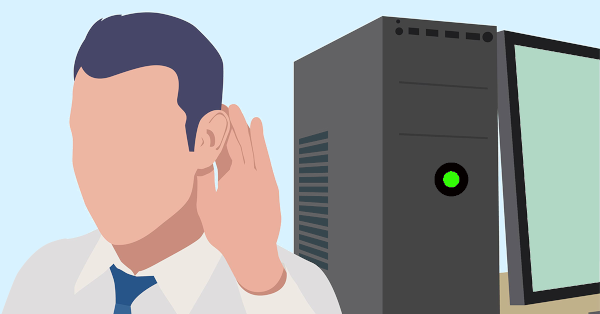 New computers are generally quiet, but after a while computers can start making some  weird noises. These noises may be simple clicks or clunks but your computer may also sound like a jet aircraft about to take off. But when should you worry? Your computer has a number of moving and non moving parts that can make noises and these noises can tell you a lot about its current health.

Soft ticks can be normal as the mechanical hard drives work a bit like a record player with a needle and platter. Depending upon the brand of the drive you might simply be hearing it spin up and move the needle around. When it starts sounding like a loud click though you should backup your data ASAP and bring it the machine in as soon as you can. If you ignore it all your data may become lost and your computer may fail to boot.

If you take action before its too late our technicians can copy your data onto a new drive and save you heart ache. It is much easier and a lot cheaper to replace the hard drive at the first sign of failure.

Unsurprisingly, this one causes certain alarm as computers aren’t meant to go clunk! It may be as simple as a cable having moved into the path of a spinning fan. If that is the case, our technicians will quickly secure the cable back where it belongs or check to see what else could be causing the clunk!

The majority of computers and laptops have fans to keep them cool by moving the air around. The hotter your computer gets the faster the fans spin and thus the more noisier they get. Consistent jet engine noises indicate that your computer is struggling to cool itself as perhaps the fan vents are clogged with dust, your computer is in a poorly ventilated space, or the fan itself is worn out. Each fan has ball bearings inside that wear out over time causing extra noise while it does the best it can. Our technicians can clean out your computer, unclog vents, replace individual fans if needed and give your system a check to make sure nothing else has been affected.

No I’m not referring to the road runner from the cartoons of old but the beep as you switch on your computer. These beeps actually has multiple meanings. The single beep you normally hear indicates that it has run a self-test and everything is fine. When your computer is unwell, you may hear more beeps than usual. This is because each beep combination relates to a diagnostic code that lets us know what has gone wrong. If your computer is beeping differently, let us know so we can decode it and repair the problem for you.

Some noises your computer makes will be normal while others are a sign of deeper issues. Even if your computer looks to be working ok, a sudden change in noise could mean failure is just around the corner. Taking early action will ensure problems do not escalate, costs are kept low, and your files remain accessible.

Are weird noises coming from your computer? Give us a call today at 08 8326 4364 or support@dpcomputing.com.au.